Notice: Trying to get property 'display_name' of non-object in /home/lhips1fy75cs/public_html/wp-content/plugins/wordpress-seo/frontend/schema/class-schema-person.php on line 152

Notice: Trying to get property 'user_email' of non-object in /home/lhips1fy75cs/public_html/wp-content/plugins/wordpress-seo/frontend/schema/class-schema-person.php on line 230

Notice: Trying to get property 'display_name' of non-object in /home/lhips1fy75cs/public_html/wp-content/plugins/wordpress-seo/frontend/schema/class-schema-person.php on line 236 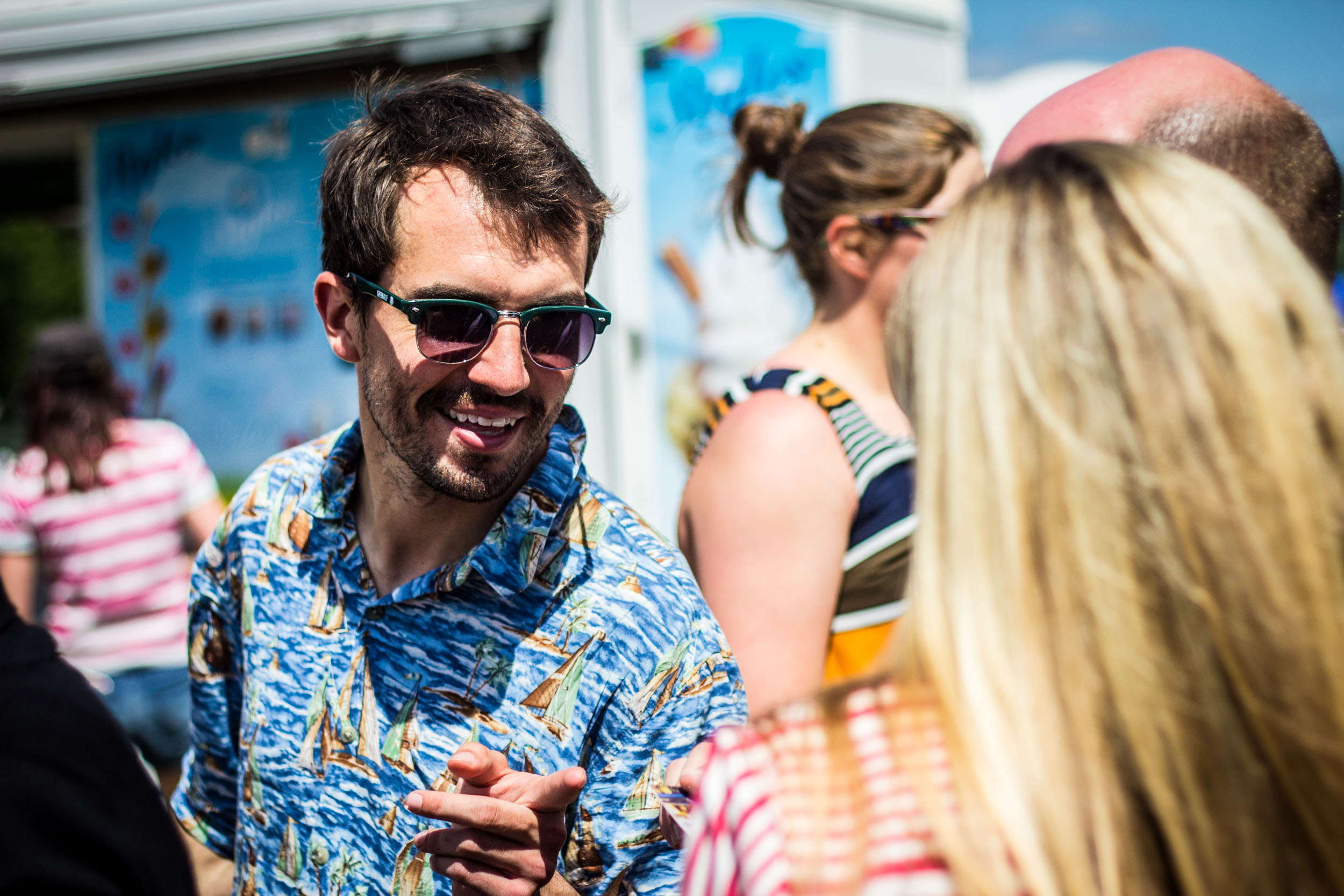 Peanut butter is big business. Now seen as a “health food”, it was the fastest rising spread in terms of sales last year. Does no-one love marmalade anymore? One entrepreneur who is a relative newcomer to this ‘nutty’ industry is Stuart MacDonald, founder of ManíLife, a single estate craft peanut butter. Maní, in case you’re wondering, means peanut or groundnut (Latin American). Launched late last year, ManíLife is now widely stocked across the UK.

We recently sat down to interview Stuart over a hearty breakfast of coffee and toast, thickly spread with his delicious peanut butter. It tastes good.

What did you want to be growing up?

My first memory is wanting to be an actor as I played Bugsy Malone in a school play aged 12 and caught the bug. Then it was a doctor and safe, to say I never dreamt of making peanut butter.

Where did the idea for your brand come from and how did you bring it to life?

I completely fell into it. After getting a job at a big accountancy firm I decided it probably wasn’t for me so I put it off and moved to Argentina. There I started working for a peanut butter social enterprise and fell in love with the stuff.

Looking at the market back home I saw it was growing fast but everyone entering was saying more or less the same thing; that no one was talking about peanut butter the way we speak about chocolate, coffee or beer – there was no craft. Malnutrition was also on the rise. So I came home and started ManíLife – a craft provenance led peanut butter brand that captured the Argentine personality I’d fallen in love with. 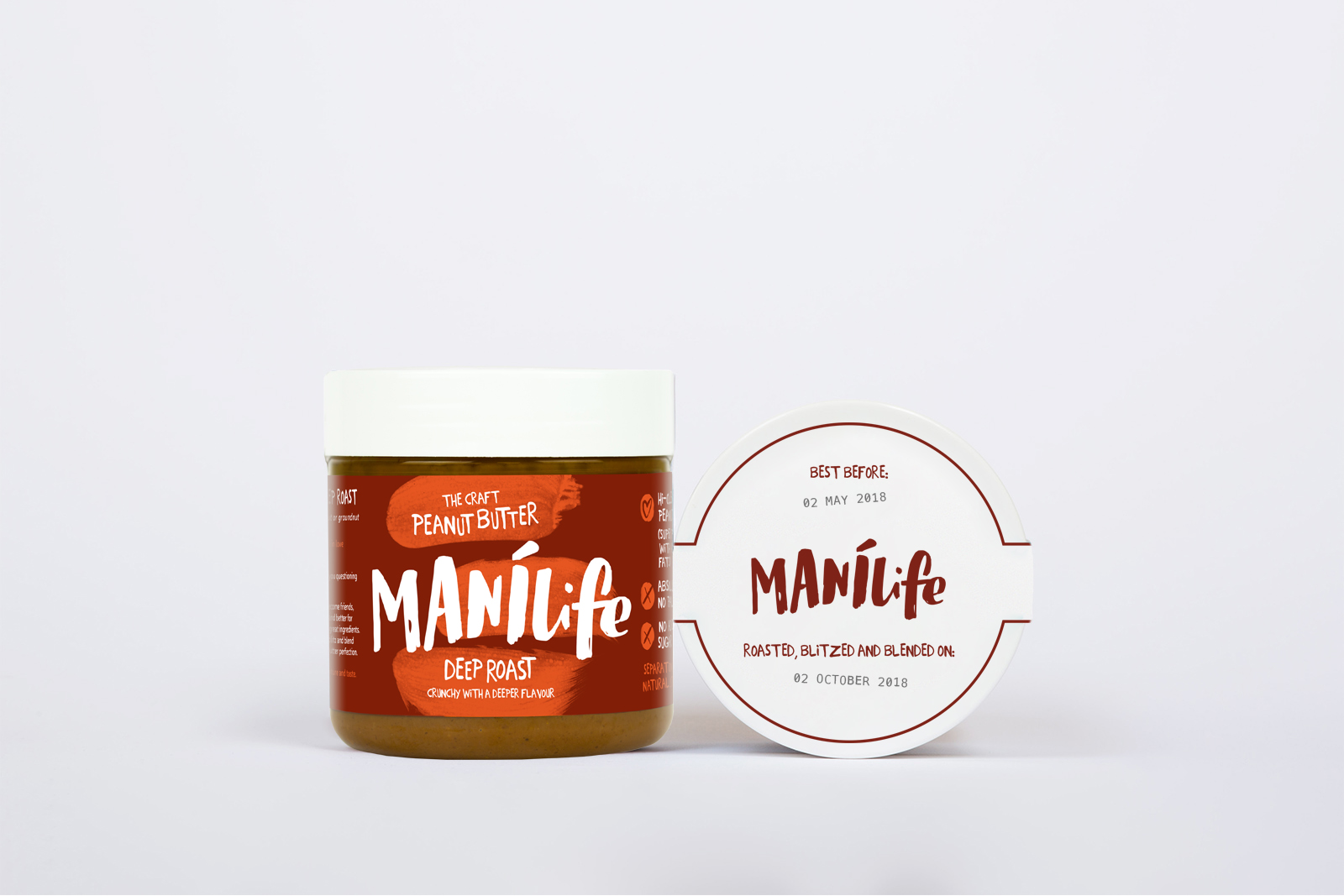 What has been the greatest challenge to your brand/work?

Bringing it to life was a nightmare. I imported a tonne of peanuts and the day it arrived our production partner pulled out. So I leased my old rugby club kitchen, bought two blenders and got about 45 mates together and we blitzed the tonne and became masters in the process. Since then it’s just growing, learning and making lots of mistakes.

Besides that first summer, last week was challenging after we received an order for 9000 mini pots from a leading recipe box company, with five days to pull it together. We’ve never done mini-pots but it was a big opportunity, so 20 of us spent two nights filling 9000 pots with piping bags. At one point, two hours before pick up, we realised we were 1000 labels short but within 30 minutes our COO had found a stationary shop and collected 1000 mini postage stamp labels. We completed the order.

Who was or is your greatest influence?

This may sound naff but genuinely, it’s my Mum & Dad. Mum was a dentist and ran a dental practice for about 30 years and I didn’t appreciate her as a businesswoman until I started ManíLIfe. Dad is just one of the most determined people I know and almost laughably positive, so a good guy to go to problems with.

How would you describe your personal style?

Now that my younger, more fashionable, brother is the same size as me, the wardrobe options have doubled. On the rare occasion I do buy stuff for myself I tend to go big on colours but I’ve only ever spent proper money on shoes and a jacket. I was once described as the worst dressed man in my university hall so perhaps I should get investing in a proper wardrobe.

Tell us something no one knows about you?

In 2012 I managed to get on a plane from Biarritz to London without a passport.

7 words to describe yourself

Some February sunshine was just what the doctor or

Daydreaming about this epic pool @parkerpalmspring