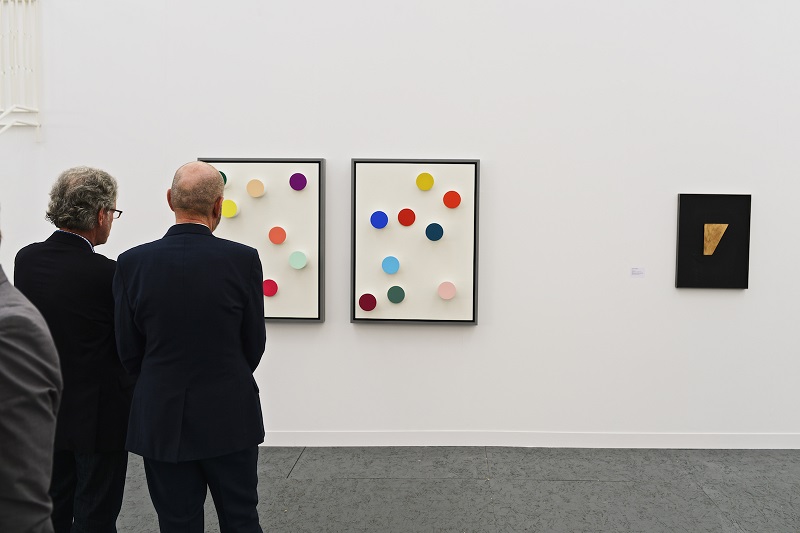 Art is a very subjective medium.  People love, hate or show no interest in certain strands, while other people feel excluded from or ‘above’ certain other disciplines.  Personally I love Street Art; it is open to everyone, can be viewed at no cost and often (in my opinion) provides a strike of fun or amusement into the dullest of everyday settings.  Of course not all art is as easy to access.  An air of snobbery is still existent, or at least perceived to exist by many in the world of art.  This regularly makes the average person shy away from visiting galleries or getting hands-on with artists themselves.

This is all about to change in a groundbreaking new collaboration from TATE and Le Meridien hotels as they aim to #UnlockArt.  Eight short films will tell the story of some key art movements ranging from the Pop Art to Surrealism.  The films aim to avoid the wanky art to speak and deliver all the need to know facts with a witty and imaginative tone. 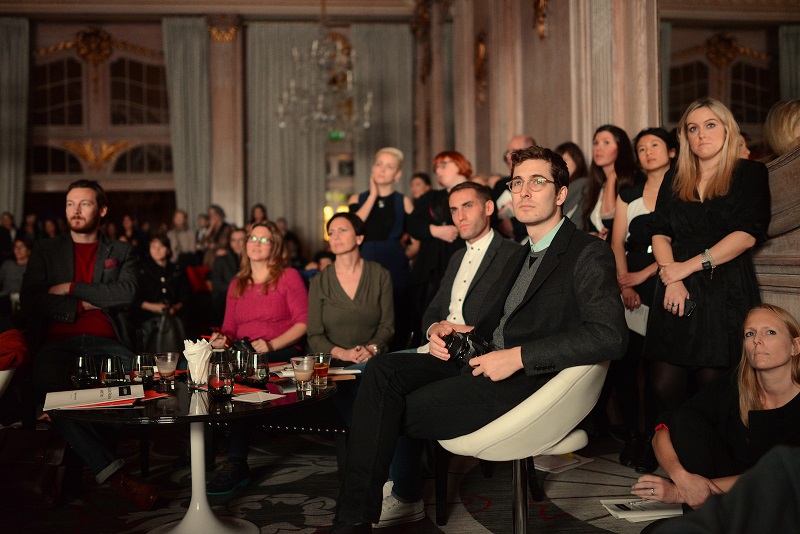 I was recently invited along to the rather plush Le Meridien Piccadilly hotel for the launch of the #UnLockArt series and the premiere screening of the first film in the series.  ‘Unlock Art: Bringing Performance Art to Life’ presented by Frank Skinner put the slightly zany subject of performance art under the spotlight.  The message in performance art may not always be clear at first but there is often a trigger point in the piece which makes us think about the world in a slightly different way.

As the first screening came to an end the lights dimmed and the Oak Room at Le Meridien became home to ‘Office Clerical Time Standards’ by Pil and Galia Kollectiv.  Anyone who works a 9 to 5 job may be aware of the monotony that it can very often bring.  This live performance art piece showed portrayed a corporate manual from the 1960s.  We are talking repetitive tasks like filing, photocopying, stamping and typing.  As I was dozing off to the pulsing soundtrack, the lunch bell rang and the mood completely changed for a short period before the reality of work resumed.

The theme of unlocking art was obviously going to play a huge part in this event.  Everything from the room arrival experience where I was made to don a pair of 3D glasses to find my allocated room, down to the hidden messages in some fortune cookies and the most creative canapés I have seen to date (think raining strawberries) had an element of discovery to it…very clever indeed.

What was to follow in the evening was a dining experience like no other.  A Taste Full Space was hosting an immersive 5-course experience, the only instruction being to wear something warm sounded rather ominous, to say the least.  We (the bloggers) were packed into cabs and taken on a ride across London, eventually arriving at a rather dilapidated looking warehouse in Hackney, East London.  An industrial-looking garage shutter was lifted and we were ushered inside.  Candles led us inside towards a large set of double doors.  Before I go any further I will say that this was a bit of one of those ‘you had to be there’ type of evenings, but I will do my best to try and explain… 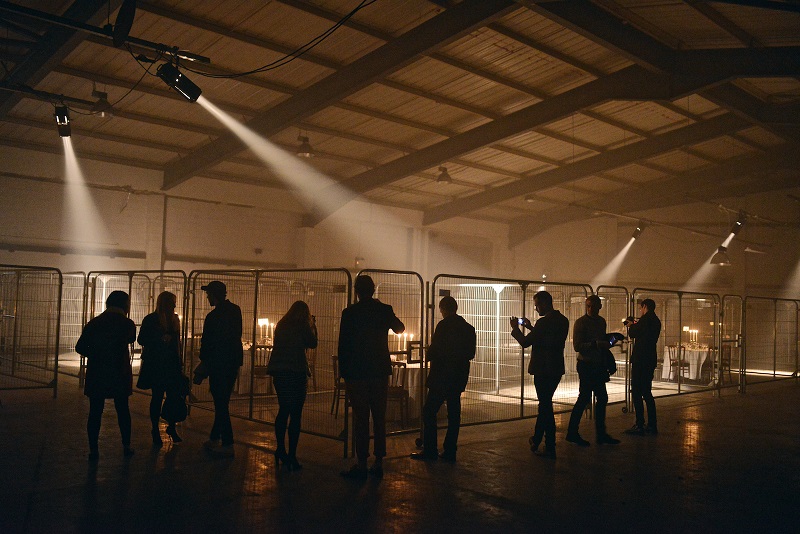 We walked inside the main body of the warehouse and observed what can only be described as cages housing elegant looking dining tables.  I was handed a cocktail which contained a 5 digit code.  It became clear that this was needed to access the dining tables.  As a team we successfully gained access to the first of the cages and sat down to a delightful dinner.  Not long had we started eating when we were joined by rather scary looking female dancers.  As we sat inside the cages they merrily moved liked happy zombies around the outside of the cages, occasionally catching my eye and giving me a slightly sinister look.  The day’s performance art theme was alive and kicking!  As a course was complete we moved from cage to cage in order to be served with the next.  As the meal drew to a close it was time to head back to Le Meridien for some much-needed rest.

Day 2 kicked off with a talk from scriptwriter, Jessica Lack at Tate Modern.  Jessica opened my eyes a little to Performance Art; she commanded that this medium is not about entertainment, it is not a theatre show or movie.  She talked the stages a viewer goes through when watching such a piece and broke these down to intrigue, frustration, acceptance and final understanding that you’re not required to know what is going on, just that it is simply going on.  When I apply these stages to the ‘Office Clerical Time Standards’ that we watched the day before, it all makes much more sense…thanks, Jessica!

To bring the #UnlockArt event to a close we headed to Frieze London, one of the biggest and most important annual events in the contemporary art calendar.  I walked around in awe, paying as much attention to the ‘art crowd’ as I did to the work on display. 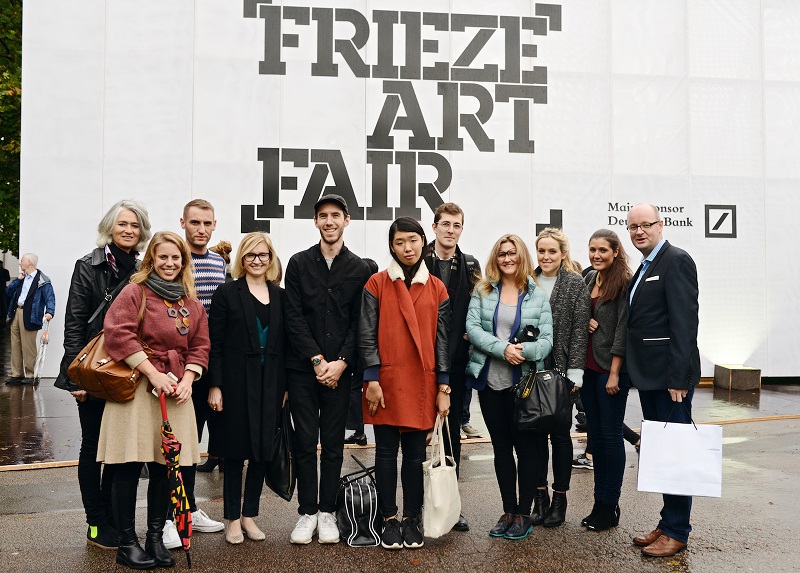 I would like to say thanks to Le Meridien for taking me on this journey and helping to #UnlockArt for me and many thousands of people every year via this unique programme.  In each country where the hotel chain has a base, they partner with an art institution (TATE in the UK) and offer guests access to these centres free of charge, using their room keys…a real step forward in unlocking art across the world.

AD. Clothing picks up smells as we go about our da

One of the most amazing features of the new @pando

Throwback to rallying around Duxford in the Jeep C

AD. Jacket weather is back but after a year tucked

Top day yesterday getting to drive the new Jeep Wr

Hello reception, can you please rewind the weekend

Press stay. What a lovely job the guys @marineandl